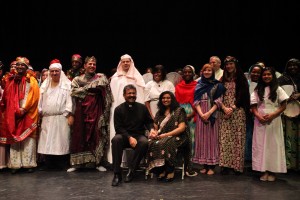 A world record for the largest ever multi-cultural nativity play may have been set in Wales on 30th November 2013.

People were invited to take part in the attempt by Rev. Irfan John, synod enabler for the Methodist Church in Wales. Rev. Irfan John is employed to work with culturally diverse congregations and acts as a conduit between churches and Synod, as well as supporting asylum seekers and refugees.

Rev. John said: “It’s a way of building the bridge of care between people and taking the message of peace around the world…If people from different countries, different backgrounds, different nationalities, different religions, with different languages are working together in Cardiff, why not in other parts of the world?”

And the record looks set to be confirmed with 56 nationalities gracing the stage at the Wales Millennium Centre in Cardiff to make up the seasonal scene. 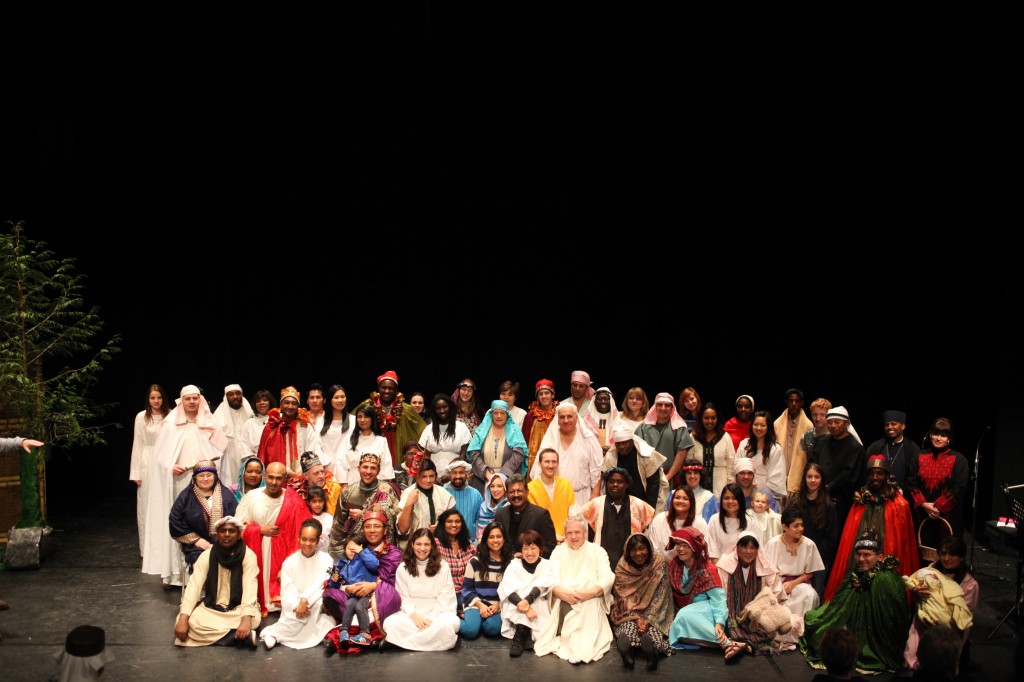 The cast of the nativity, with 56 nationalities represented.

The Superintendent of the Cardiff Circuit, Rev. Peter Holwell, who was a narrator in the event said: “The whole event was tremendous, but one of the most powerful moments was at the end where each country and the name of the representative was called out and the names of many of the nations that are in the news daily were heard, but instead of in the context of violence or tension it was of a group of people kneeling together around the 6month old baby who represented the Christ-child and knowing peace and harmony. This was a profound moment that should encourage us to work for the same result in the context of our daily lives.”