‘Stormy weather & the sunshine of your smile’; the President & Vice-President’s visit to Wales 7-9 February 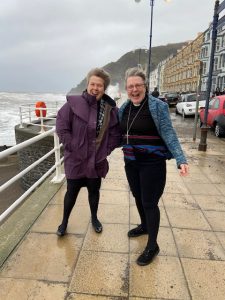 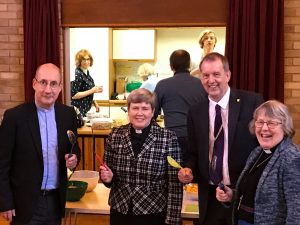 We were delighted to welcome Barbara Glasson and Clive & Jill Marsh to Wales on a weekend which just happened to coincide with the slightly less welcome arrival of storm Ciara. Reflecting both the geography and the working together of the 2 Synods across Wales, the visit took part in 2 stages, with the President visiting north Wales and the Vice President south Wales over the Friday/Saturday, before joining together in Aberystwyth on Sunday for a bi-lingual service of Holy Communion at which the President presided and the Vice-President preached.

Barbara’s train arrived into Welshpool on Friday afternoon, in good time for her first engagement with us that evening. This took the form of an informal gathering at the Synod Cymru manse, where a group of minsters, officers and partners enjoyed the opportunity to meet the President. Stories were shared and pizza was eaten, and Barbara learnt more of what it means to be Welsh and Methodist. The group valued hearing of her experience of her Presidential year so far in a relaxed atmosphere of laughter and fellowship.

Come Saturday morning, the President was on the road to St David’s Methodist Church, Craig-y-Don, Llandudno, where about 60 people gathered from both Synods for a session on this year’s presidential theme. “So, what’s the story..?” asked Barbara, enabling those present to answer the question for themselves. This took place first of all through a five minute listening exercise in pairs before moving to a more complicated activity – at least for some! Barbara encouraged us to fold a pyramid-shaped ‘snap dragon’ from a square of paper onto which we were invited to write facts about ourselves as significant elements of our story. Once again, learning took place through laughter and fun, while not avoiding the more challenging aspects of life as well. The afternoon gave the chance for Barbara to share in the Momentwm North Wales ‘Big Day Out’ youth evening at Trinity Methodist Church, Prestatyn. Here she led a similar session to the morning, skilfully tailored to a group of 18 young people. It was a much appreciated element of their day.

Amazingly, given the forecast of what was to come, the weather on Friday afternoon was bright and clear as Clive & Jill arrived in South Wales. We took the opportunity to visit 2 key mission projects, the Amelia Methodist Trust Farm in the Vale of Glamorgan, where Clive was able to hear from the Director Karen Turnbull of the pioneering work with young people carried out on the Farm for nearly 30 years now, before going on to the Trinity Centre in Cardiff, to hear from the Synod Enabler Irfan John of its work both with culturally diverse congregations and also with asylum seekers and refugees. Friday evening finished off with a visit to the Cardiff University Chaplaincy, where we met with the Chaplain Delyth Liddell and Clive led a lively conversation with students on the subject of ‘Faith and Film’. 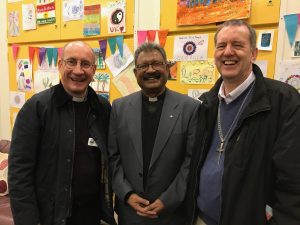 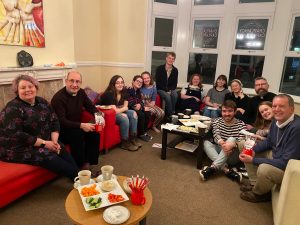 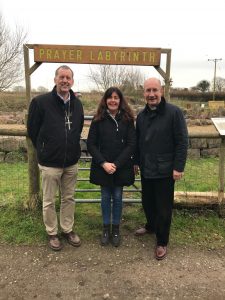 Greeted by sunshine on Saturday morning, we travelled to Jersey Marine where Clive led a session of the Presidential theme, ‘So what’s the story?’ to an engaged audience before travelling on to Taibach, Port Talbot where the ‘Big Day Out’ was taking place with some 40 young people and their leaders, organised by Momentwm on behalf of the 2 Synods. Some good conversations took place over lunch, although we declined the opportunity to take part in some of the physical exercises accompanying the spiritual ones. Then on the way back to Cardiff we visited Cardiff Bay and the new Senedd building in Cardiff, where the Vice President was able to see a model for parliamentary engagement somewhat different to Westminster.

Sunday morning dawned with the expected winds and waves in Aberystwyth, but wonderfully both President and Vice President had arrived safely and were able to lead us in a service of Holy Communion. This was followed by a time of refreshment over a shared lunch before people made their separate ways home, in the President’s case by a longer car journey than expected given that the rail network had by then large closed down. So we give thanks for Barbara and Clive’s visit to Wales and their ministry among us, and trust that some of their experiences over the weekend can only add to our stories, to share and to treasure.