In December 2019, Uniting Church Sketty was awarded a BRONZE ECO AWARD by the charity A Rocha. 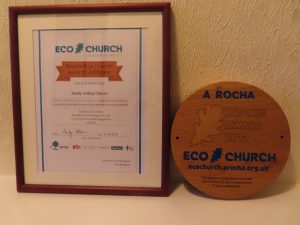 To attain an Eco Award there are five categories which have to be completed – WORSHIP AND TEACHING; BUILDINGS; LAND; COMMUNITY AND GLOBAL ENGAGEMENT and LIFESTYLE.

Perhaps the most difficult one we had to decide upon was the LAND category. One the one hand our congregation does not walk out of the building straight on to a pavement. But, on the other hand, we do have some flower beds and a small area of grass, so, being honest we couldn’t say we didn’t have any land. Yet, on the other hand, we haven’t got enough land, for example, to grow trees. Eventually we decided we had land and we would have to look at ways of using it as creatively as we can, now and in the future.

In August 2020 UCS attained a SILVER ECO AWARD, from A Rocha, the charity which encourages churches to become more environmentally friendly.

At the time of writing, UCS is the only Methodist URC church in Wales with a Silver Eco Award.

Even though we have been in lockdown for several months, it has been possible, by “thinking outside the box” to work towards this award.

During the late winter and early spring, new plantings were made in the church flower beds, to attract butterflies, bees and other insects. The flowers which were planted, and have flourished, include poppies, rudbekia, nicotiana, cranesbill geranium and sedum.

As UCS does not have enough land to grow trees, we have joined a scheme initiated by the City and County of Swansea, where you can pay to adopt a tree or buy a new tree. The church meeting agreed to the purchase of a Liquid Amber tree (related to the Canadian Maple), which will be planted in a local park next winter.

Our church related Community Worker (URC Swansea Region of Churches), Adella Pritchard, has started a Unity in Diversity clothing bank for asylum seekers, who are now living in our community. However, asylum seekers don’t just need clothes, so the project has extended its remit by appealing for items such as desks and chairs for older children to do their school work and for cots and prams for babies and toddlers.

Many of the sections of the ECO survey were already being undertaken at UCS regularly. Each month our magazine includes “Pray Without Ceasing”, which includes prayers for people in our locality, the environment and current issues. Prayer walks (on paper) have also been devised, one for use in a/any park and the other for use on a/any beach.

During Creationtide, this autumn, we plan to experiment by starting Forest Church in a local park, at a local beach and…..we may go down to the woods…….!!!! 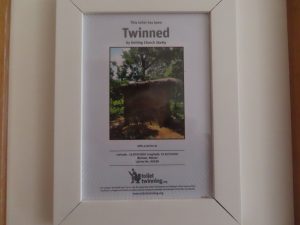 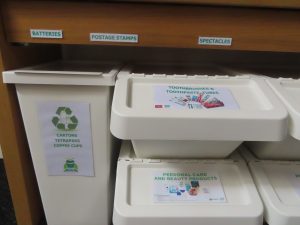 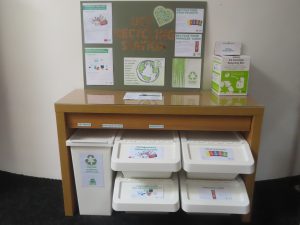