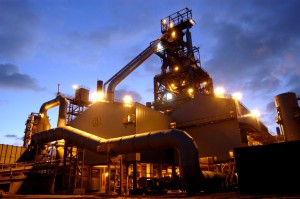 “The Neath Port Talbot Circuit consists of nine churches and has two congregations in Port Talbot. One, Taibach Wesley, is a small congregation who worship in the shadow of the steel works. The other, Sandfields, is a church serving a large estate originally built in the 1950’s and 60’s to house steel workers and their families. The members of both churches will continue to bear witness to the God who brings light and hope to all who turn to him. Although there is no formally constituted “Churches Together” in Port Talbot, local churches work together very well in a number of significant ways (foodbank, shopping centre nativity play, CAP and Police Liaison Committee, for example.) So please pray for them and for the wider community of Port Talbot.

The staff of the Neath Port Talbot Circuit, in consultation with Rev Rick Hayes, part-time chaplain to the Port Talbot Steel works, will now be part of a team of people willing to listen to those who need to talk with someone about their situation. As yet, no workers have been told that they have been selected for redundancy; but when that time comes there will be the need for listening ears, support and encouragement for those whose future is now so uncertain.”

We also anticipate there will be an article about this appearing in this week’s Methodist Recorder.